I don’t even know where to start.

Here is a list of a few things happening this week:

It’s only Wednesday and these are just a few headlines throughout the country.

We have lost our moral compass as a country. Last week we listened to CNN reporters talk about how stupid republican voters are to believe in God and vote for Trump. So far this year is a repeat of one of the many reasons why democrats lost the election in 2016. Over 70 percent of the US identifies themselves as some form of Christian or Catholic. Why anyone continues to watch CNN amazes me.

The Super Bowl halftime show would have been an excellent adult concert. The Super Bowl is a family event. Teaching children that women are empowered by dancing on a stripper pole is absurd. If the only way you are empowered is through sex and looks, you aren’t empowered at all. You’re a hooker or a stripper. You didn’t need the women’s movement to be either of those things. You needed the women’s movement so that you could have an education, well paying job, and not have to become a hooker or a stripper.

Schiff is doing his normal fearmongering. Trump trade Alaska? Seriously, Schiff, that was crazy even for you.

No political party should be involved in the development of an election counting app. You should distance yourself from that as much as possible. A collaborative effort between political parties? OK.

Why is the media blathering on about the flu virus except to distract us from the 2019-nCoV virus? The same precautions are used to prevent the spread of both viruses.

Buttigieg gave a speech about democracy. I want to know if he has ever read the Constitution of the United States of America. I do not believe that he has. We are a Republic. Yes, it is a form of democracy but it is not a pure democracy with mob rule.

During every pro gun control speech I have managed to listen too, democrats focus on what guns the average person needs to hunt and protect themselves from someone like a home intruder. The second amendment was written to protect us against a tyrannical government. It is to keep government under control and keep the power in the hands of the citizens. Citizens are supposed to own guns and have well trained militias able to fend off a tyrannical government. That’s it’s purpose. We learned the necessity when we fought for our independence from Great Britain. These rights shall not be infringed.

Local news everywhere also seems to be all negative.

Here is a picture of some of my parent’s cats. My dad rescued a black male tomcat a few years back. My parents live on a farm so all cats live outdoors. The tomcat brought home a calico girlfriend a while back. These are a few of their offspring. If this doesn’t make you smile, nothing will. 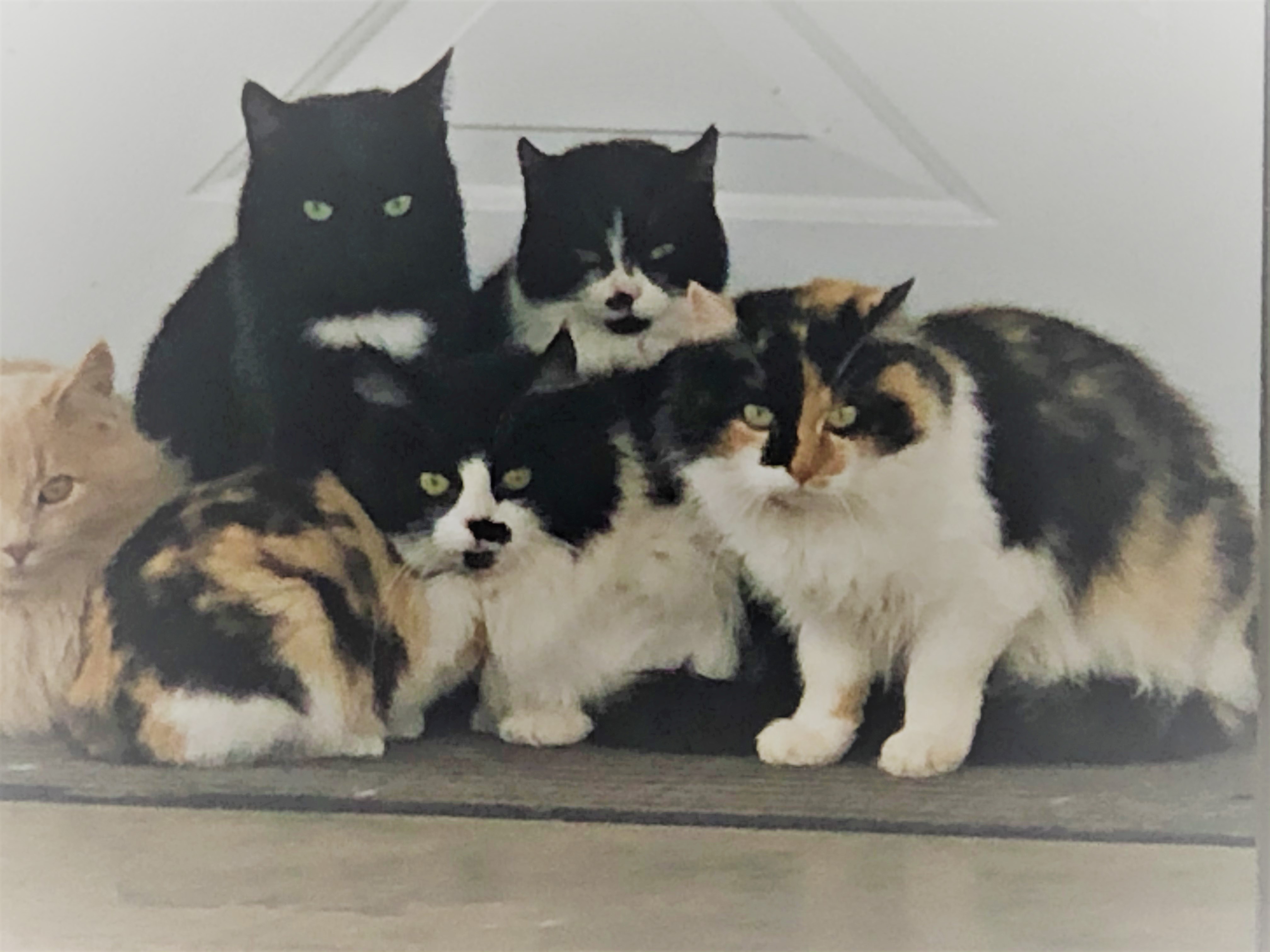